Go to content - Go to navigation - Go to search

中文
Back to agenda

The KEDGE Global MBA is pleased to invite you to an online EMBA conference given by Laurent Estachy.

“In the context of the post American elections: How to decode the geopolitical and economic tensions between the USA and China, what consequences for Europe?”

On May 20th, 2020, the US Department of Defense released a document named: "United States Strategic Approach to The People's Republic of China"(P.R.C.). As an hypothesis, we will consider this document as reflecting today the collective voice of Washington regarding China, the thinking of both parties on Capitol Hill, Republicans and Democrats, and much of the military-diplomatic establishment.

"Over the past two decades, reforms have slowed, stalled, or reversed. The PRC’s rapid economic development and increased engagement with the world did not lead to convergence with the citizen-centric, free and open order as the United States had hoped. The CCP (China Communist Party) has chosen instead to exploit the free and open rules-based order and attempt to reshape the international system in its favor. (…) To respond to Beijing’s challenge, the Administration has adopted a competitive approach to the PRC, based on a clear-eyed assessment of the CCP’s intentions and actions, a reappraisal of the United States’ many strategic advantages and shortfalls, and a tolerance of greater bilateral friction. Our approach is not premised on determining a particular end state for China. Rather, our goal is to protect United States vital national interests."

The whole text states clearly that China has become a fundamentally hostile and predatory power under China’s President Xi Jinping. It looks then very much like the George Kennan’s article for Foreign Policy in 1947, stating that the United States should face down the Soviet Union and its Communist allies whenever and wherever they posed a risk of gaining influence : a new « cold war » is going on …

In this respect and for the record, the Democrat House Speaker Nancy Pelosi said after the near-unanimous support in Congress (a 417–1 vote in 2019) for the bill condemning the actions of the PRC in Hong-Kong ;: "Democrats and Republicans in the House and in the Senate stand united with the people of Hong Kong, If America does not speak out for human rights in China because of commercial interest, then we lose all moral authority to speak out for human rights anyplace in the world."

Undoubtedly, the outcome of the next US Presidential Election will be a major event in the long term hegemonic struggle between the USA and China, especially if Joe Biden become the 46th President of the United States …

Pr. Laurent Estachy is Associate Professor at Kedge Business School, specialised in macroeconomics and international finance. His research focuses on the interactions between geopolitics and global capital markets and on the emergence of market conventions in the stock, bond or foreign exchange markets. He began his career in commercial banking at Credit Lyonnais Intal Headquarters and at BNP (Dublin & Paris). He later worked in the Treasury & Foreign Exchange dealing room of BNP in Paris, joining first the FX spot trading desk and then being in charge of a portfolio of multinational corporations. He then was VP at Rabobank-Paris. He holds a PhD in Macroeconomics and International Finance and an Executive MBA from HEC. 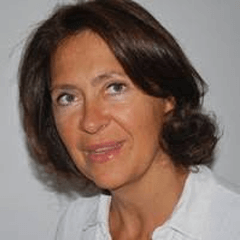 Call back
Back to top