An International Doctorate in Business Administration for Executives

UP TO 6 CITIES – 6 TIMES MORE PERSPECTIVE

Paris, capital city of France, is one of Europe's major centers of finance, diplomacy, commerce, fashion, science, as well as the arts.

Marseille, the capital of  Provence-Alpes-Côte d'Azur region, is now France's largest city on the Mediterranean coast and the largest port for commerce, freight and cruise ships.

Shanghai, the largest city in China by population, is a global financial center and transport hub, with the world's busiest container port.  It also enjoys the reputation of the “showpiece” of the booming economy of China, the second largest global economy.

Hong Kong, one of one of the world's most significant financial centers and commercial ports, has been classified as an alpha+ world city,  It is also a hot tourist attraction with largest number of skyscrapers in the world.

Moscow is a major political, economic, cultural, and scientific center of Russia and Eastern Europe, as well as the largest city entirely on the European continent.  As the financial center of Russia, it accounts for 17% of retail sales in Russia and for 13% of all construction activity in the country.

Bangkok, the capital of Thailand, is the third largest city in Southeast Asia in terms of its economy and an important business hub with many regional headquarters of multinational companies. It is also an international platform for transport and health, as well as tourism.

Need some personal advice about this programme? 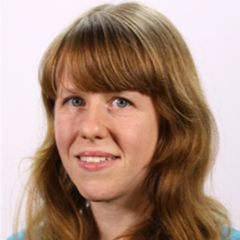 What are the differences between DBA, EMBA and PhD programme?

EMBA concentrates on delivering management knowledge and skills, and  a great number of  case studies and discussions will be involved in the classes. A PhD is a full-time research programme. Typically, this programme is to prepare students for academic careers. The DBA programme is delivered partime to men and women in business who have significant practical experience and wish to conduct guided research on topics of specific business application. Similar to the PhD programme, courses on methodology, research methods, literature review writing and advanced courses on specific topics are taken.

How is Euro-Asia DBA programme recognized by the world?

Euro-Asia DBA Programm(EA-DBA) is given by KEDGE Business School in cooperation with Hong Kong Baptist University and The Russian Presidential Academy of National Economy and Public Administration. KEDGE DBA students who complete their studies will be awarded the degrees of both DBA and MSc Research Methods. KEDGE Business School is one of only 1% of Business Schools in the world to hold the Triple Crown (AMBA, EQUIS & AACSB), and the degree is globally recognized.

If the candidate does not have master degree, could he apply for the EA-DBA programme?

Education background is a significant factor but not the decisive one. A candidate who has good corporate management experience and a strong aspiration to study will be taken into consideration. Supplementary materials may be required (such as references).

What are the English language requirements for applicants?

All courses of the EA-DBA programme will be delivered in English. All applicants must demonstrate a minimum level of English language proficiency for admission to the programme.

See more
Back to top