Focus on: "The rules of a new game"

Shared views with Benoit Auger, C-suite Advisor and Mental Preparer and teacher of “Leadership” and “Manage [teams] under pressure” for KEDGE Global MBAs.

"It is not the wind that decides for your destination, it is the direction you give to your sail. The wind is the same for everyone. » - Jim Rohn

As Jérôme Mandin - Managing Director of Pegasus Leadership and former commander of the French Navy's Special Forces training centre – recently told me: “at sea, ungergoing has two possible consequences: Either you sink or you crash on the coast. In either case, having refused to face it up inevitably leads to defeat”.

In the field of sports, this rule also applies. An fascinating example is that of the 34th America's cup in 2013.

"The team was great, the guys never gave up," says Australian Oracle team skipper James Spithill after his success. The lesson of the 34th America's Cup is: never give up, do not undergo.

On September 7th, the first regatta of this final in 9 winning races started with a very good start of New Zealand team, lining up 3 victories between September 7th and 8th. On the evening of September 18th, the mass seemed to be said, ENTZ lead by 8 races to 1, one last victory and the New Zealand helmsman Dean Barker, successor to the legendary Russel Coutts, would finally lift the famous silver ewer that had eluded him since the year 2000…

What follows is simple.  The Americans did not give up and made the most beautiful comeback in the history of sailing- and certainly of modern sports - winning 8 victories in a row between September 19th and September 25th!

Let us now take a closer look to what prevents us from making progress as a leader in general. I propose to investigate the main two factors.

Ego: the match, the petrol and the fire extinguisher

Ego has been seen a powerful driving force for many years, it has now become a brake on action. Why is this? Complexity and chaos having replaced complication, we today need to reflect more as a coach than as an expert, and train the collective to solve problems that were little or unknown until then.

In sports, one might think that the ego is the cornerstone of great players and that it must therefore be cultivated in order to succeed. In mental preparation, it is just the opposite. The aim is to move the sportsman from ego to task. All sportsmen and women will tell you that there is nothing like a little bit of ego to get out of a match: "I can't lose against the 200th world champion; what will my coach think if I lose this set; I can't get out on the first round, ...”.

These thoughts are coming from our limbic brain, and lead us to reinforce the ‘logical behaviour’ in the gregarious animal that we are: The social image. We want to please others and ourselves, so it becomes difficult to think differently and make a decision that is unpopular or perceived as "surprising", either opening up a boulevard to indecision or leading to put up with events in silence.

In short, while ego is a good ignition source, it is by no means a good fuel in the long run.  So if your brain tells you "will the team be happy with this decision" rather than "does this decision allow us to move forward", you are the perfect candidate to endure the events.

The loss of reference points: the paralysis machine

If the ego is an internal limiting factor, the loss of reference points is the external limiting factor.
Like many companies and management teams, it can be easy, in a permanently changing world, to either commission countless analyses (in order to make better decisions later), or to carry on as before, holding the same meetings and committees, steering the same indicators and congratulating each other’s on good crisis management. All this in the hope that the situation will pay off and return to "normal".

Thus, we program our brain to hide certain events (scotomization) or to increase the influence of certain factors (confirmation bias) in order to try to return to a known and controlled world. The question is therefore: what are the new landmarks we need to build, where do we want to be in a reduced space-time, what do we have control over? What will we see our success in X weeks?

So how can we not ungerdo?

1- Get in motion during your meetings: (the form)

Aristotle said :”the hand is only the extension of reason”. So to solve these new paradigms, change your space and just like the special forces teams, set up your own war-room: rooms where you and your colleagues could exchange and discuss, often standing, maybe not in front of a PowerPoint presentation, but in front of a whiteboard or a corkboard to position post-its. This ‘geographical’ change requires a change in posture on the part of all participants, moving them to action, raising questions, confirming or disproving a hypothesis. This dynamic will implicitly introduce a desire for action.  It will thus have to be carefully channeled to avoid the meeting to turn into a wild brainstorming session, with no listening nor final objective.  As in any self-respecting meeting, it must end with an action table or RIDA (record of information, decisions and actions) and with feedback (RETEX), even short ones, to reinforce security in the group and work toward improving practices.

2- Creating base camps (the background)

For sportsmen and women, goal setting remains a major element in long-term support. While it is often easy to set the target to be reached (winning an Olympic medal, winning a Grand Slam tournament, etc.) it is often more difficult to set intermediate objectives to reach the target. In these complex times, it is about the same. It is good to set a course and quickly show which will be the first "base camp" to reach. This first "base camp" will allow you to think collectively about the switch between performance objectives (the target) and control objectives (what we need to control to get to this first stage). This balancing act may seem a little simple, but it will allow teams to really get moving and be in a better position to project themselves into this intermediate objective, and even imagine the famous cases of non-compliance that are so dear to special forces. For the sportsman, it allows to quickly implement modifications in the physical and mental preparation and avoid getting stuck in a preparation plan that does not work.

Once these "base camps" have been established, it becomes easy to measure the progress in the actions and define, on the basis of results and context, the next base camp (are we accelerating? are we slowing down? are we deviating a little from the planned trajectory? why? for what benefits?). This may seem simple, but introducing simple measurable criteria or even criteria that are not measurable give a trend.

Going back to point 1 a little further up, imagine this meeting in your war room or data room asking questions about how you got there, the feedback the team gets from it and therefore the questions that arise for the future. Imagine this scene and project it into your head, like a mountain climber getting at his first base camp…

... and that of your team members ? The first key is to find this balance in yourself and in others. At what point would you have liked to say something that you finally had to undergo? why? Once you duly identify these moments, it becomes easier to set up firewall systems by working on that famous emotional intelligence (dear to Daniel Goleman1).

Next, find yourself a "king's fool": the aim is to have a person (internal or external) who will be able to point out the moments of weakness, where all or part of the team has undergone, and able to put the topic on the table during exchanges. This difficult role requires tact and preparation to avoid unconstructive conflicts that could weaken the team.

A last point with the “Do Not Undergo” rule is to be kind to yourself. Like any subject it is easier to talk about it than to live with it on a daily basis.  So remember this quote from Marcus Aurelius: "Give me the courage to change the things I can change, the serenity to accept the things I cannot change, and the wisdom to distinguish between the two".

Join us at our next EMBA events 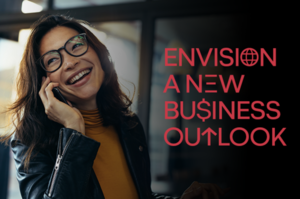 A Unique Diversity: Understanding the sustainability and global integration of African businesses

Rail and river, allies in the decarbonization of transport?

Resilience, the best asset of supply chains in times of crisis?

What future for the champagne industry after the pandemic?

Read more
See all
Back to top